Note: Generally, V (BR) DSS has a positive temperature coefficient. Therefore, the V (BR) DSS value at the lowest operating temperature of the equipment should be taken as a reference.

Note: In general, ID_max and ID_pulse have negative temperature coefficients, so the ID_max and ID_pulse values ​​of the device under the maximum junction temperature conditions should be taken as references. The choice of this parameter of the device is extremely uncertain-mainly due to the mutual constraints of the working environment, heat dissipation technology, other parameters of the device (such as on-resistance, thermal resistance, etc.). The final judgment is based on the junction temperature (ie the “dissipated power constraint” in Article 6 below). According to experience, in practical applications, the ID in the bibliography will be several times larger than the actual maximum operating current, which is due to the constraints of power dissipation and temperature rise. During the primary calculation period, this parameter must be continuously adjusted according to the dissipation power constraint of Article 6 below. It is recommended that the initial selection is about 3 ~ 5 times ID = (3 ~ 5) * ID_max.

The driving requirements of MOSFEF are determined by its total gate charge (Qg) parameter. In the case of meeting other parameter requirements, try to choose the smaller Qg to drive the circuit design. The driving voltage is selected to keep Ron as small as possible while keeping away from the maximum gate-source voltage (VGSS) (generally use the recommended value in the device specification).

A small Ron value is helpful to reduce the loss during the on-time, and a small Rth value can reduce the temperature difference (under the same power dissipation condition), so it is good for heat dissipation.

The detailed calculation formula should be determined according to the specific circuit and operating conditions. For example, in the application of synchronous rectification, the loss during the forward conduction of the diode in the body and the reverse recovery loss when the turn is turned off should also be considered. Loss calculation can refer to the “8 components of MOS tube loss” section below.

Device steady-state power loss PD, max should be based on the device’s maximum operating junction temperature limit. If the working environment temperature of the device can be known in advance, the maximum dissipated power can be estimated as follows:

Among them, Rθj-a is the total thermal resistance between the device node and its working environment, including Rθjuntion-case, Rθcase-sink, Rθsink-ambiance and so on. If there is insulation material in between, its thermal resistance must be taken into account.

In the process of device design selection, advance calculation of the working process loss of the MOSFET is required (the so-called advance calculation refers to the use of the parameters provided in the device specification and the calculated values ​​and expected waveforms of the working circuit without being able to test each operating waveform. Apply a formula for a theoretical approximation).

The operating loss of a MOSFET can be basically divided into the following parts:

On-state loss refers to the loss caused by the voltage drop across the on-resistance RDS (on) of the load current (ie, drain-source current) after the MOSFET is fully turned on.

First, get the IDS (on) (t) function expression through calculation and calculate its effective value IDS (on) rms, and then use the following formula to calculate the resistance loss:

The period used to calculate IDS (on) rms is only the on-time Ton, not the entire duty cycle Ts; RDS (on) will vary with the IDS (on) (t) value and device junction temperature. The principle is to find the value of RDS (on) as close as possible to the expected operating conditions according to the specification (that is, multiply by a temperature coefficient K provided in the specification).

Turn-off loss refers to the loss caused by the leakage current IDSS under the drain-source voltage VDS (off) stress after the MOSFET is completely turned off.

First calculate the drain-source voltage VDS (off) that the MOSFET is off when it is turned off, and find the IDSS provided in the device specification, and then calculate it by the following formula:

IDSS will change according to VDS (off), and the value provided in the specification is a parameter under an approximate V (BR) DSS condition. If the calculated drain-source voltage VDS (off) is very large or close to V (BR) DSS, this value can be directly quoted. If it is very small, it can be set to zero, which means it is ignored.

Calculation of the opening loss

(B) Hypothesis can be used as the calculated value for the worst mode.

Figure (C) shows the actual test waveform. IDS (on_beginning) >> Ip1 (Ip1 parameter is often the initial value of the excitation current) when the power is on. It is difficult to predict the exact value of the superimposed current peak, which is related to the circuit architecture and device parameters. For example, the actual current in FLYBACK should be Itotal = Idp1 + Ia + Ib (Ia is the reverse recovery current of the secondary-side rectifier diode, which is the current value induced back to the primary pole-that is, multiplied by the turns ratio, and Ib is the layer between the primary windings of the transformer. Parasitic capacitance is the current released immediately after the MOSFET switch is turned on). This unpredictable value is also one of the main causes of calculation errors in this part.

Calculation of loss during shutdown

As shown in the figure above, the calculation principle and method of this part of loss are similar to Poff_on. First, the drain-source voltage VDS (off_beginning) and the load current before the turn-off time must be calculated or predicted. IDS (on_end) is the Ip2 and VDS (on_off) (t) and IDS (on_off) (t ) Overlapping time Tx. Then calculate it with the following formula:

In actual calculations, two calculation formulas are extended for these two assumptions:

(B) Hypothesis can be used as the calculated value for the worst mode.

IDS (on_end) = Ip2. This parameter is often the end value of the exciting current in the power supply. Due to leakage inductance and other factors, the VDS (off_beginning) of the MOSFET after it is turned off often has a large voltage spike Vspike superimposed on it. This value can be roughly estimated by experience.

After determining the driving power voltage Vgs, it can be calculated by the following formula:

Qg is the total drive power, which can be found in the device specification.

Coss capacitor’s bleeder loss refers to the bleeder loss at the drain-source during the same period when the electric field stored in the MOS output capacitor Coss is off.

The VDS before the opening time must be calculated or estimated first, and then calculated by the following formula:

Coss is the output capacitance of the MOSFET, which can generally be equal to Cds. This value can be found from the device specifications.

In some applications that use internal parasitic diodes to carry current (such as synchronous rectification), the loss of this part needs to be calculated. The formula is as follows:

Among them: IF is the amount of current carried by the diode, VDF is the forward voltage drop of the diode, and tx is the time that the diode carries the current during a week.

It will vary depending on the device junction temperature and the amount of current it carries. You can find the value as close as possible in its specification according to the actual application environment.

This loss principle and calculation method are the same as the reverse recovery loss of ordinary diodes. The formula is as follows: 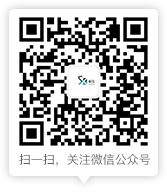